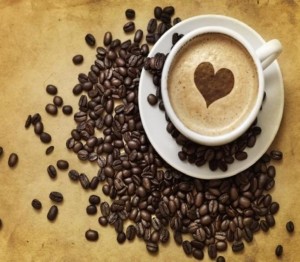 Drinking Coffee Does Have Health Benefits

I used to be a coffee addict, at the time, I was in a repetitive sales job, (many years ago), and I drank coffee partly out of boredom, and partly out of habit, and of course, I liked the taste. I did have to stop drinking it eventually because the caffeine gave me heart palpitations, which I didn’t enjoy, so I cut it out completely.
I started drinking decaffeinated coffee, and despite its bad press if you buy the right type of decaf the decaffeination process is not as bad as it used to be.
So being a coffee lover and a decaf coffee lover I was thrilled to read about a study done by the American Heart Association that found that moderate coffee drinking may be linked to a reduced risk of death! and best of all that included decaf coffee as well. It seems that it is not necessarily the caffeine that has the health benefits but the chemical compounds in the coffee beans.
What was more compelling was the fact that the study was a large study of 93,054 women and 40,557 men over a thirty year period, so a large and a long study. The study found that people who drank just less than 5 cups of coffee a day had a lower risk of cardiovascular disease, neurological disease, type 2 diabetes… and most surprisingly suicide, which suggests that coffee might have some kind of anti-depressant effect.
The only downside of the study was that it was not designed to show a direct cause and effect to these illnesses and it relied on the responsibility of the individuals to record their coffee drinking accurately, which could be unreliable.
None the less the results are interesting and I don’t feel as guilty drinking my decaf coffee now I know that it might make me live longer.

« Is Bitter Melon a Cure for Diabetes?
Eating Pears Help You Lose Weight »