Are Morning People Slimmer And Healthier Than Night Owls?

When I look at my own family there were clear larks and owls. My father’s family are all Larks, they like to go to bed around 9ish or earlier, and get up early in the morning. They are all pretty healthy, mostly teetotal and have not had any significant health issues. None of them has suffered from obesity and all are slim.

On my mother’s side, my nana was definitely an owl, she would find it difficult to go to bed earlier than 1 am in the morning, but she wasn’t the typical owl and would also like to get up early. She lived to until she was 89 but was a sugar addict, but stayed slim. 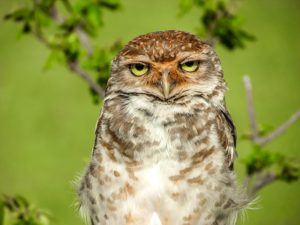 So what is the point of me talking about this?

Well, a recent study in the journal ‘Obesity’, a scientific journal by the obesity society suggested that a person’s internal clock may influence what they eat and their overall health.

In a study of 2,000 randomly chosen men and women comparing both the ‘morning people’  (larks) and the ‘night people’ (owls), the morning people ate earlier in the day and more balanced meals than the night people.

The larks made healthier choices overall. The owls had less protein in the morning and more sucrose (sugar), fat, and saturated fatty acids in the evening.

The differences between the larks and the owls were more pronounced at the weekend, with the owls having more irregular meals, and eating more regularly than the owls.

The larks also slept better than the owls and were more physically active.

“Linking what and when people eat to their biological clock type provides a fresh perspective on why certain people are more likely to make unhealthy food decisions,” said Mirkka Maukonen, who led the study out of the National Institute for Health and Welfare at the Dept. of Public Health Solutions in Helsinki, Finland, using data from the national FINRISK 2007 study. “This study shows that evening type people have less favourable eating habits, which may put them at a higher risk for obesity, diabetes, and heart disease.”

This research could shed some light on why people make the food choices they do and why some people find it difficult to lose weight than others.

We already know that sleep deprivation has an impact on our health, increasing the amount of cortisol (the stress hormone) making us gain weight. We also know that the hormone ‘Ghrelin’ is produced more in our body when we are deprived of sleep. Ghrelin in the hormone that tells us when to eat. The opposing hormone ‘leptin’, tells us when to stop eating, and there is less leptin produced when we are sleep deprived.

So maybe it’s just a question of not getting enough quality of sleep? The owls who like to go to bed late might have to get up early to go to work, depending on their job, of course, therefore they would not have had as much sleep as the larks, who went to bed early. Certainly, food and stimulants you have throughout the day should also have an impact on your sleep. If you drink coffee and caffeinated drinks throughout the day then your sleep would certainly be affected in a negative way.

So could our internal body clock be the key to weight gain? Yes, I am sure it could, since not getting enough sleep has been shown to have an effect on our weight and we naturally look for carbohydrate energy giving foods when we are tired. Having carbohydrate-rich foods with less protein can lead to our blood sugar becoming unbalanced leading us into a cycle of peaks and troughs of energy and slumps throughout the day.

Getting up late could lead us to eat more irregularly. If we get up late morning and have brunch, we might skip lunch or eat it later in the day, and consequently, this has a knock-on effect for the rest of our eating throughout the day.

However, I also think that there are some people who don’t need as much sleep as others and can quite happily go to bed late and still get up in the morning, without suffering negative effects

I am going to call these people ‘Lowls’, and I am one of these. I have never been able to stay in bed late in the morning, and equally, I find it difficult to go to bed too early. But late to me would be after 12 pm and 11 pm would be the usual time I would go to bed.

Our age is also a factor, with children and teenagers needing more sleep than adults as their bodies grow, which could mean that we are larks as children and later turn into owls.

But if you are trying to lose weight, and for better overall health, we can assume that going to bed at a reasonable time and not lying in bed too late is the best course of action.

If you struggle to go to bed early, try to do things to relax you before you go to bed. You could try meditation, listening to music or reading. Stay away from blue light screens (computer and iPad/tablets) before you go to sleep and don’t exercise too late so that you have too much adrenalin that keeps you awake. Try to stay clear of caffeinated drinks, and you might find that you were a lark all the time, it was just all the caffeine that had turned you into an owl.

Are you a lark or an owl? or a lowl? how does it affect you?

« Why Everyone Should Be Drinking Matcha Green Tea
After School Snacks »