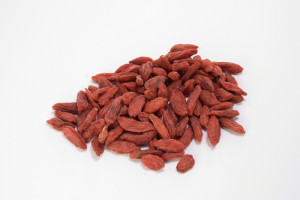 Goji berries are a bright orange/red berry that come from a shrub in China, Mongolia and Tibet. It’s been used in Chinese medicine for thousands of years.
You may be one of many people who has heard about the health benefits of goji berries, but don’t really know why they are healthy. You might add them to your cereal because you think they may make a difference to your health.
I think it is quite common, to only have a vague idea on whether something is healthy or not, and with so many conflicting views on whether something is healthy or not, you are left confused.
Let’s put the spotlight on Goji berries.
Some preliminary studies have shown that goji berries help you lose weight, promote calmness and wellbeing in the body, and help improve athletic performance.
Claim: Goji berries improve wellness, brain activity and help with digestion?
A small study was conducted in 2008. Thirty four people drank goji berry juice (120ml daily) for 14 days, but the results of this study were inconclusive.
Claim: Goji berries in the prevention of Cancer
Goji berry compounds were used on 79 cancer patients who saw their cancer regress. The only problem with this was there was not enough information on the design of the experiment or which compounds of the goji berries were used.
However, these are only preliminary studies which mean that these are only the initial stages of research. No concrete conclusions can be drawn from this until further research is conducted. Also the studies used the purified versions in higher concentrations than would normally be found in the fruit itself.
Despite these studies there is no getting away with the fact that they are a powerhouse of nutrients containing 18 amino acids, vitamin A, C (same amount as in lemons) B1, B2, B6 and vitamin E. With this in mind it is hard to believe that they could not have some health benefits despite the lack of larger studies.
So in my opinion, you should carry on adding these to your cereals in modest amounts, providing you can afford it, because they can be quite expensive. However, you should avoid them if you are on blood thinning medication (Warpharin), or on medicine for diabetes or blood pressure lowering medicine as it could interfere with these. Eating the whole fruit is the better option, instead of supplements or the juice as little is known about possible side effects of taking these.