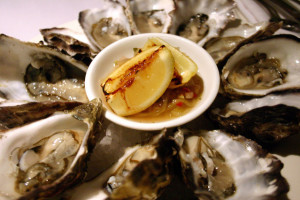 So what causes us to be sexually attracted to someone?

The biology of sexual attraction is not not completely understood, although there does appear to be certain things that make someone sexually attractive to us.

Smell or the ‘Pheromones’ that someone gives off, help make them more attractive. Men are thought to sense a smell of fertility, as the women gives off a different scent during the time in her menstrual cycle when she is more fertile. A womens voice is also supposed to be more seductive to a man during this time.

Psychology today said that colour can also have an impact on sexual attraction. Red is thought to be a sexually attractive colour to men. A study showed that  men perceive women in red as more sexually receptive.

Certain smells when blended together also are thought to give a physical response in men. Dr Hirsch and Dr Gruss from the Smell and Taste Research Foundation based in Chicago found that there was an increase in penile blood flow when lavender and pumpkin pie were put together.

Other smells that produced olfactory pheromones were reported that had a reaction in men included black licorice, donut, orange, cola, vanilla, and buttered popcorn.

So taking all these factors into account to attract your man. You could get dressed into a red dress, wear red lipstick and serve up a dinner of pumpkin and lavender pie, have a glass of coke followed by a donut and a healthy portion of buttered popcorn for pudding!…this doesn’t sound very seductive to me, especially if you ate this all the time, you would have difficulty getting up from your chair, never mind seduce your man.

Some foods may act like an aphrodisiac. Oysters have been the long time favourite love foods. This may be due to the amount of zinc they contain which is good for a healthy reproductive system and helps increase testosterone levels and libido.

The old favourite chocolate which contains phenylanine is good for raising your mood and libido. Chillies are also thought to release endorphins which could arouse sexual desire.

Ground pine nuts were used as a love potion in years gone by, this may have also been due to the amount of zinc they contain.

There is also thought to be a brain- food connection with certain foods stimulating a sexual response. Some of these include:

Bananas, granola, oatmeal, peanuts, cashews, walnuts, dairy, green veg, root vegetables (is this because of their shape, I wonder :0), chickpeas and seeds.

You may be thinking that this article is a bit one sided with women attracting the man, and what about non heterosexual articles?. You would be right in this thinking of course, and with this in mind I will talk about this in another article. But in the meantime why not have a look at some of my food of love recipes which are suitable for any sex.

See my recipes on love food to try some for yourself.